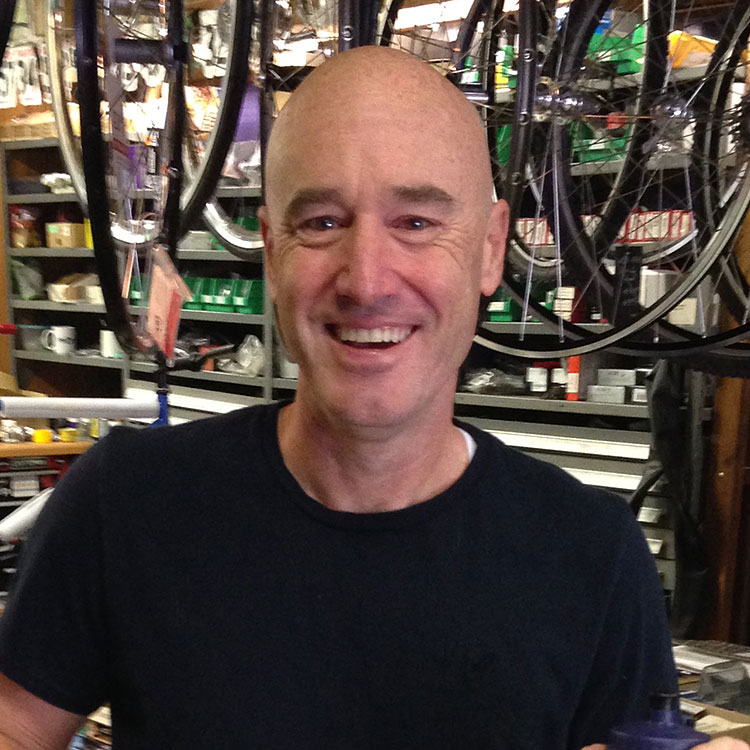 In need of spending money, and having already disassembled and put back together every bicycle, snow blower and lawnmower in the family garage, Curt placed an ad in the local paper advertising bicycle repair services. That was in 1977, and he has put in his 10,000 hours since then. He lives in Oak Park in a pink house. 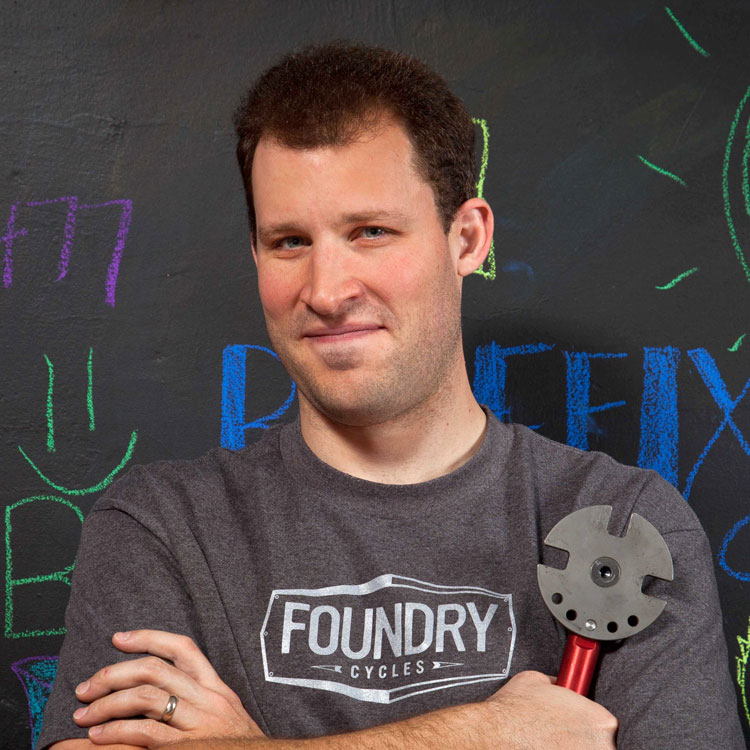 Bill has ridden, raced, and repaired bikes for almost a quarter century. Early on, he wanted a career as a bicycle mechanic, and has been a professional wrench since 1995. He excels at not winning bicycle races — and turning out first rate service work. 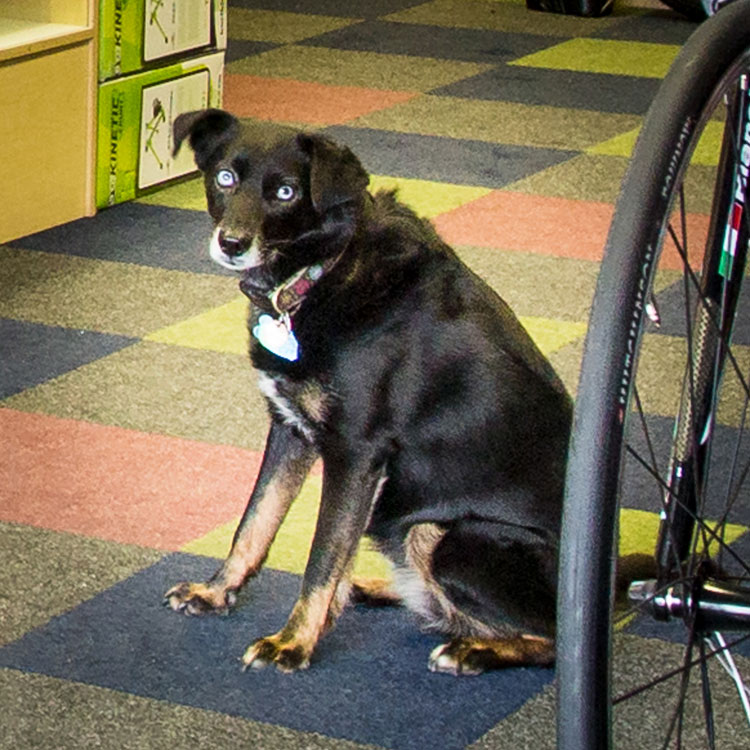 Sketchy but lovable, and very chill, half the time people don’t even notice as they walk past her. Sometimes, though, she barks, but she doesn’t really mean it. Born in Mississippi a year after Katrina, the awesome people from PAWS Chicago rescued her. We’re the lucky ones.